Description: This project included the installation of 7,500 LF of new 48” ductile iron pipe to increase the capacity of an existing gravity sewer interceptor line for the City of Columbia, SC.  The gravity sewer line was installed on an overall 0.08% grade and included 28 new precast concrete manholes.  The existing sewer flows were bypassed 8,000 LF for the duration of the project up to design flows of 19 MGD.  The area was parallel to an existing 36” gravity sewer interceptor line along the Broad River and Crane Creek waterways.  The project also included two (2) 72” jack and bores installed by a subcontractor, one being beneath a Norfolk Southern railroad and the other being installed beneath Interstate 20.  The project also included a 140 LF open cut crossing of Crane Creek utilizing a 60” steel casing pipe and 48” ductile iron pipe carrier.  Portions of the project were under the jurisdiction of the Army Corps of Engineers as delineated wetlands and navigable waterways.  Approximately 3,500 feet of the project were only accessible from one access point due to being bordered on one side by the Broad River and to the other side by the Norfolk Southern Railroad. 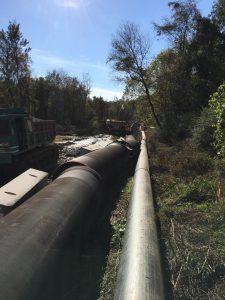 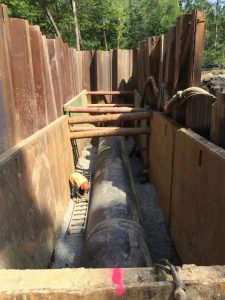 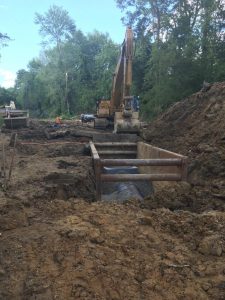 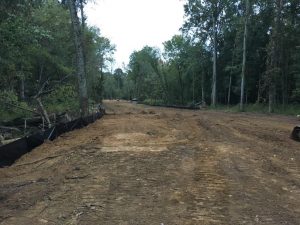 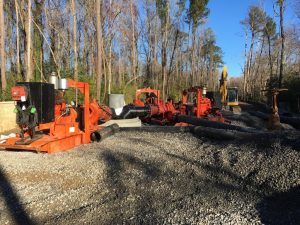 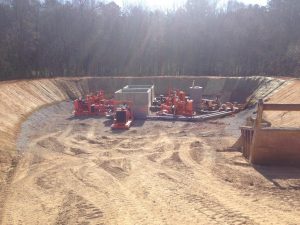